Did your Welsh ancestors migrate to Argentina? Here’s how to find out…

Our latest guest post from family history website Findmypast helps you discover if you have distant Welsh cousins somewhere you might not expect: Patagonia, South America. 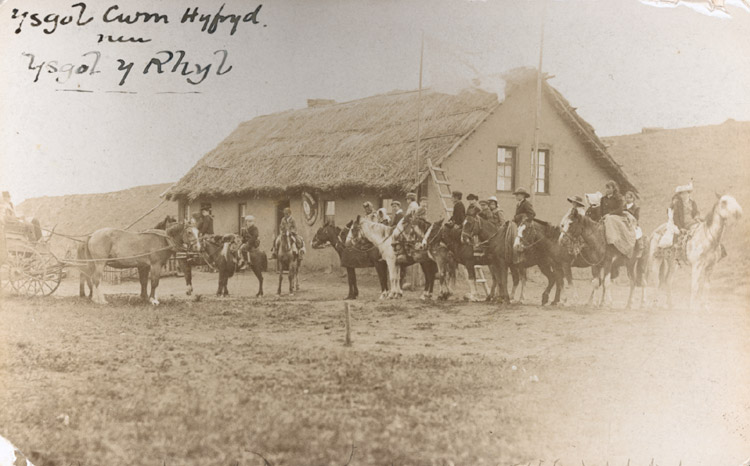 Why, in the 19th century, did a small group of Welsh migrants set sail halfway around  the world to build a new homeland in Patagonia, Argentina? And might you have family connections to this key movement in Welsh history? We take you through how to find out.

If family lore suggests you have roots in Wales, one of the best places to start is with yourself. Use a combination of birth, marriage and census records to begin your family tree. In particular, note down dates, locations and occupations.

You might even stumble across some records and place names in Welsh, but don’t worry if you don’t speak the language: an online translation tool will help. Maps will be your best friend as you pinpoint where in Wales your ancestors were from. Did they move around? Did they stay put?

If you are able to identify Welsh ancestry dating back to the Victorian period, it’ll be time for you to check parish records. Remember, during the 18th century, Wales saw the rise of Methodism, so chances are, your Welsh ancestors may have been nonconformist.

Sometimes, our ancestors disappear from the records. They may be missing from a census, or you may not be able to find their burial record. If this was the case for one of your Welsh ancestors, it’s time to check migration records.

As with all search queries, don’t be too exact. You might be searching for a Jones or a Davies, for example, but use additional information from the records (and their original images) to establish if that person is your ancestor. Who are they travelling with? What’s their age? This way, you can rule records in or out of your search.

As explored in the Migration Museum’s exhibition Departures: 400 Years of Emigration from Britain and the latest episode of its Departures podcast, in the 1860s, Welsh nationalists such as nonconformist preacher called Michael Jones became worried about the loss of Welsh national identity, language and culture. 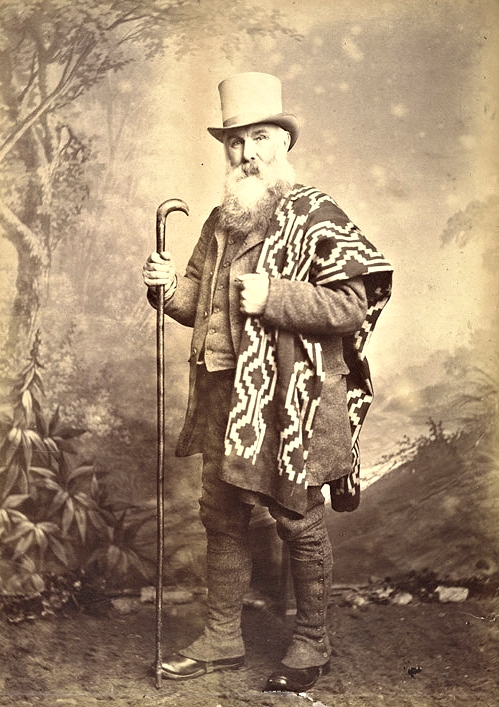 By this point, Welsh colonies had appeared in Pennsylvania, New York and other parts of North America. This all took place around the time of the Eisteddfod revival, a movement aimed at preserving and celebrating Welsh arts and culture and reinventing the national image.

Might your ancestor have emigrated to the United States, Australia or other parts of the former British Empire? Think of the possibilities.

Michael Jones and fellow Welsh nationalists began to think of suitable places where Welsh culture and language could thrive, away from the influence of English policies and traditions. After some consideration, and correspondence with the Argentine government, which was keen to increase the then-fledgling nation’s European population, Patagonia, South America, was chosen as the location for a new Welsh-speaking colony.

153 Welsh settlers and 18 crew members arrived in Patagonia, Argentina on 28 July 1865. They’d made the journey across the Atlantic Ocean aboard the tea clipper Mimosa, having left Liverpool on 28 May. 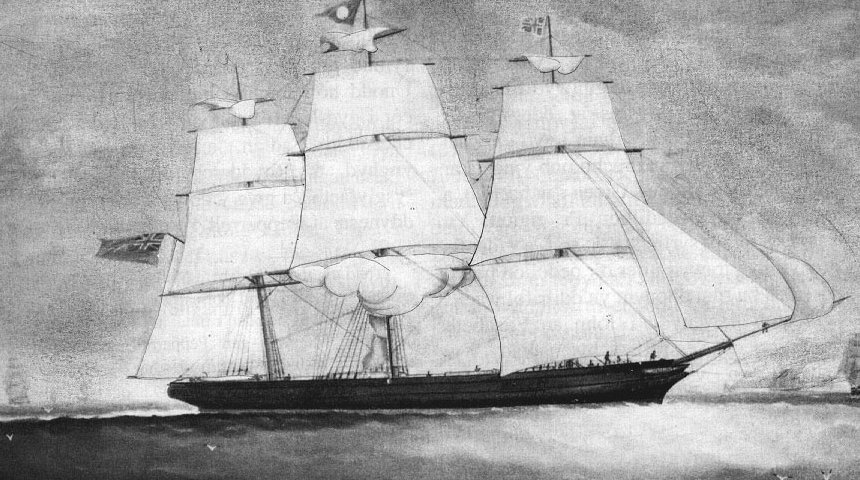 If your ancestor was nonconformist and disappeared from records, it’s possible they were on board.

The passenger list can be found online. It comes with full names and notes of birth years and relationships. These are useful for working out if you do indeed have a tie to this historic journey.

There are other places you can look to verify your queries.

On Findmypast, there are Argentinian records. If your ancestors put down roots in South America, they will likely appear in marriage records. If they had children, it’s great to explore the baptism records too.

For example, the Welsh-sounding Edgar Hant Jones, born in 1862, married Adela Satter in 1886, and later married Jesus Barraza in 1889. 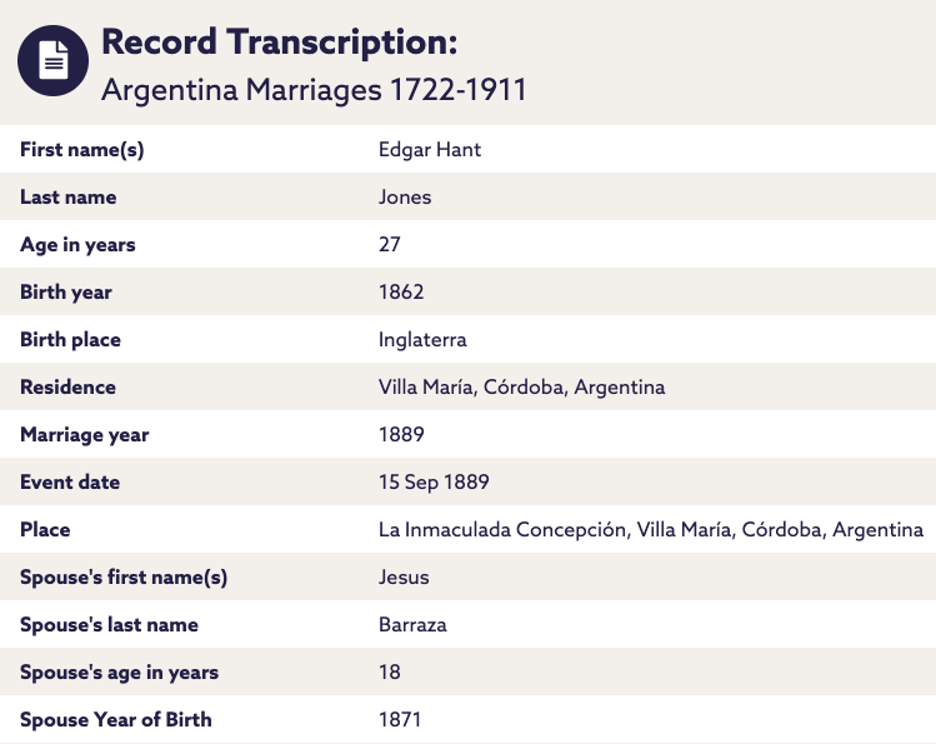 By the late 1880s, a number of people born and marrying in Argentina had Welsh surnames such as Jones, Williams and Evans.

Other pieces of your puzzle could be found in our newspaper collection. The British press was reporting on the Welsh colony in Patagonia into the early 20th century. Not only could you find names from your family tree, but there are also updates on the development of the colony, as well as the setbacks it suffered. The context in which your ancestors lived helps paint a finer picture of their lives. 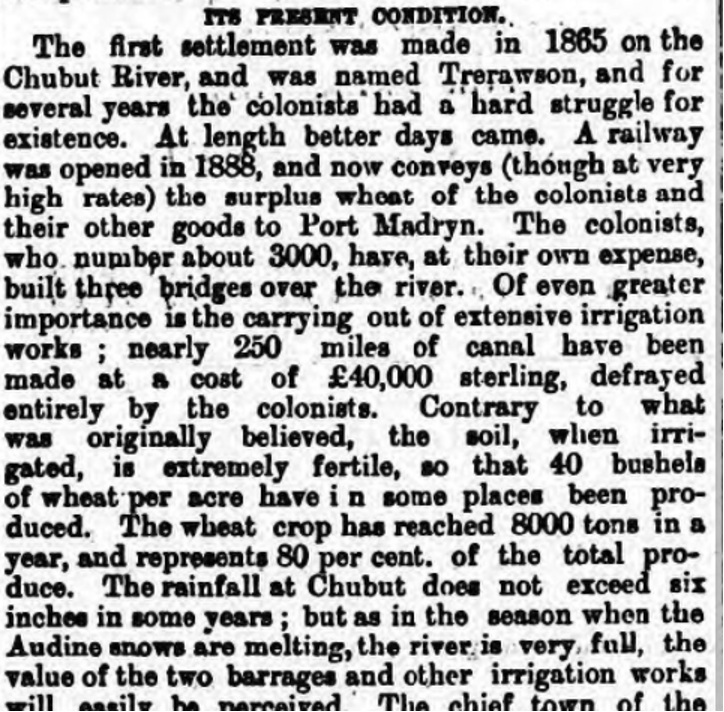 From the Ludlow Advertiser, 15 December 1895

The Welsh in Patagonia today

Over 150 years after the first settlers set sail, it’s estimated that there are around 5,000 Welsh speakers living in Patagonia today. Since the 19th century, Eisteddfodau have been held in Patagonia: they are still held today, in both Welsh and Spanish.

Could you be related in some way to these Welsh settlers? Maybe they’re your distant cousins? Perhaps at the next opportunity, a trip to Patagonia is on the cards.

Do you have Welsh ancestors in your family tree? Unlock your Welsh ancestry with Findmypast

Listen to episode 6 of the Migration Museum’s Departures podcast: A Welsh Utopia in Patagonia

Read Findmypast’s guest blog: Were your ancestors transported to Australia as convicts?