A guest post from Iqbal Wahhab OBE FRSA, founder of London restaurants The Cinnamon Club and Roast and Distinguished Friend of the Migration Museum, who was born in 1963 in Rajshahi, and moved to London before his first birthday.

I was born in 1963 in a Rajshahi hospital, in what was then East Pakistan and which just over 50 years ago became Bangladesh, where there had been a malaria outbreak which killed the other babies in the maternity ward. I was the lucky one. 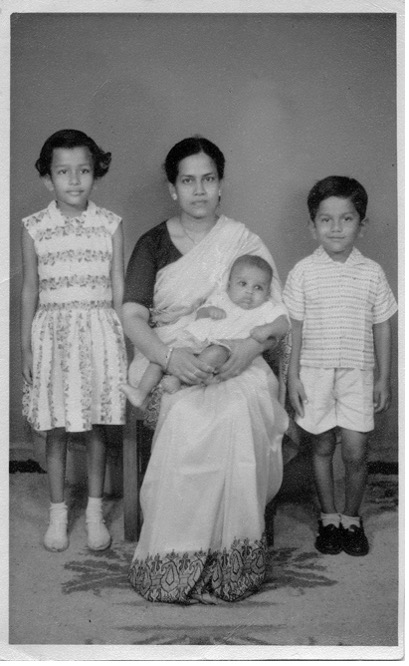 Soon after this picture was taken, aged eight months I was boarded on a plane with my Mum, brother and sister to London to join Dad who had won a scholarship to do a PhD in philosophy at University College London. We were classic examples of “the myth of return” – Mum had been Principal of Dhaka Women’s College and Dad was an associate professor at Dhaka University. The plan was that after about three years the PhD would have been completed and we’d all go back.

Mum had “the trunk” which most migrant settlers will know about, regularly putting things into it to take back home.

But the PhD took longer than expected, then turned into a post-doctoral programme and by the time Dad was done with UCL, we were growing up as Londoners. The three of us did well at school – especially my brother and sister being head boy and head girl. I developed an early interest in becoming the prime minister and took to emulating Harold Wilson who always had a pipe in his mouth. 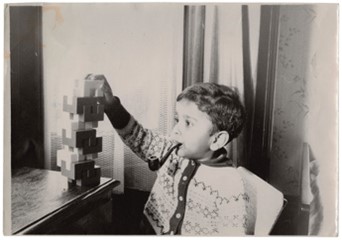 I knew nothing of Bangladesh except what I picked up from conversations between my parents. A phrase I heard a lot was “first class first” and one day I asked what it meant. It seemed that in Khulna, where both my parents were from, there was just one scholarship per year for the entire region for someone to go study at Dhaka University and in order to qualify, you had to have the highest first in the then equivalent of A levels. Both my parents got it in different years, met at university and married at university.

I’ve often wondered what would have happened if they hadn’t got the scholarship, what if they had been ill on the day of the exam, what if there was someone better than them. The answer of course is we would have still been there. As I grew older, I also wondered what happened to the others who applied and didn’t get the scholarship. That’s why ever since my 20s, Mum always got us all to pay for kids from Khulna to go through university.

Dad started to spend part of the year back in Dhaka, part in London writing books and looking after us as by now Mum had become the first non-Christian head of a Church of England school.

I’ve only ever been to Bangladesh twice. The first time was when I was 13. On my first day, Dad took me at the crack of dawn for an hour-long rickshaw ride around Dhaka and I watched all these industrious people already working hard on the roads, in the markets and shops. This was probably around the time the US Secretary of State Henry Kissinger had called Bangladesh a “basket case” and I had imagined Bangladesh must have been poor because the people were lazy. The rickshaw ride knocked that out of me.

My brother had been five and my sister seven when we came to London so remembered our relatives and for the first time, I was able to put faces to the names I had been hearing all those years. 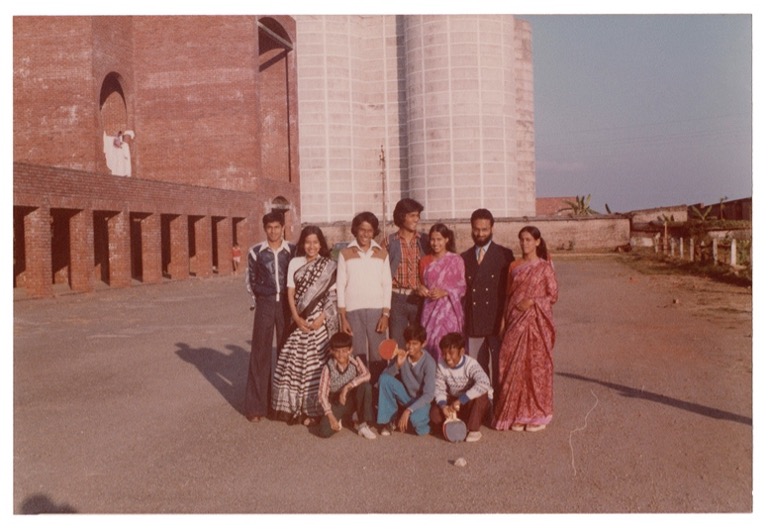 I’m the one with the brown shoulder pads.

I was brought up only speaking English and with most relatives that was fine. With others, it meant improvising with facial expressions and gesticulation which everyone found hilarious but somehow it worked.

My next visit was another 10 years later and by this time I was a full-on foodie. One day I cooked biryani for about 15 of us on an open flame on the beach in Cox’s Bazaar, pretending I was Keith Floyd. Another day we were treated to a boat launch trip to the Sundarbans where we came across some local fishermen who had just caught some massive prawns. We bought them and cooked them on the boat. I remember that was a Christmas Day and suddenly none of us were missing turkey!

In Sylhet we stayed on a tea garden and were given an elephant ride followed by the chance to cast a net into a huge pond and took some of the fish we caught and straight away slapped them onto a barbecue. 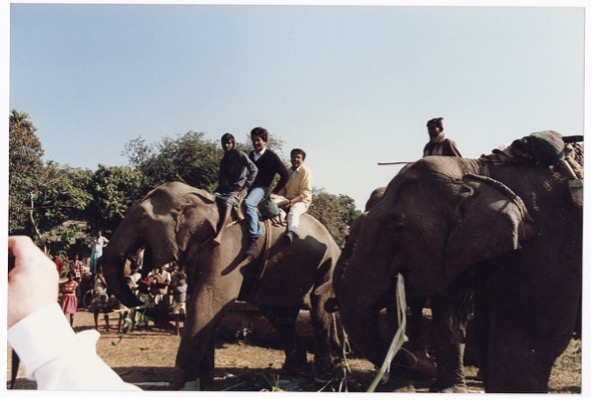 Back in Dhaka, a family friend took us on a boat ride for a very noble mission – to go to the old town where this old guy was famous for making one massive pot of biryani every day which was a pilgrimage many would make and boy, was it worth it! 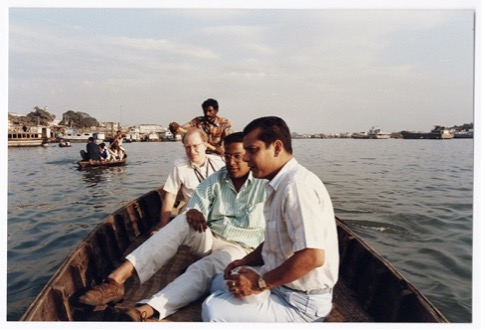 Curiously, I never returned to my land of birth after that.

The closest I got was in 1994 when with the restaurateur Amin Ali I staged the London Festival of Bangladesh in Spitalfields, which The Evening Standard described as Bangladesh’s equivalent of the Notting Hill Carnival. We flew over singers, actors, even village opera singers who performed what’s known as Jatra. Tens of thousands of people came to celebrate a culture I previously had little clue over. Begum Zia was prime minister at the time and she called me The Golden Boy of Bengal. All very odd.

Apart from still helping people get an education, I have inadvertently, unintentionally drifted away from any bond with Bangladesh other than through its food. My siblings keep close links but me, not so much.

That may be changing though. I’ve often lamented the fact that with so many Bangladeshi owned restaurants there’s a hardly a single one serving Bangladeshi cuisine. I’ve got some restaurants with different themes to them coming up but I’m also plotting a very elaborate way to celebrate the food of my (by a scratch) place of birth. I don’t feel my restaurant career would ever be complete without me doing that.

Self-confessed busy body Iqbal Wahhab OBE is the founder of London restaurants The Cinnamon Club and Roast and is planning some new ventures this year. In 2019 he was the High Sheriff of Greater London. Iqbal is a Distinguished Friend of the Migration Museum.