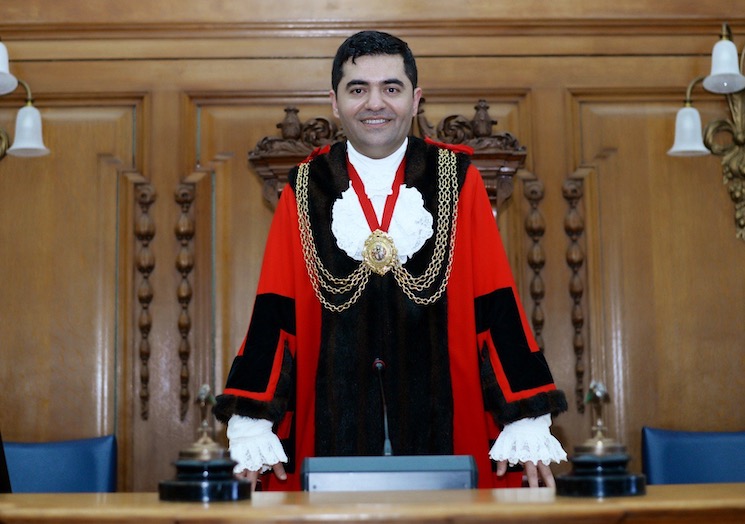 The Migration Museum has been selected as one of the Mayor of Lambeth’s chosen charities by incoming mayor Ibrahim Dogus.

Dogus, who has been elected mayor of the London borough in 2019/20 and will take office on 22 May 2019, selected the Migration Museum and Refugees Welcome Lambeth as his two chosen charities during his tenure as mayor, as part of a thematic focus on refugees and immigrants.

Announcing his appointment and his selection of the Migration Museum as a chosen charity at a ceremony on 24 April, Mayor Dogus said:

“It is a great honour to be elected as mayor of the borough that I have made my home, where I run my businesses and raise my children. But like many of our residents, I was not born here. I was born in Turkey, in the Kurdish region, and came to London to escape conflict and war.

“This is part of what makes Lambeth special: it has always been a place where people can find their feet, make a new start, create a better life. And as Lambeth’s first Kurdish Mayor, this will be my message: one community, one Lambeth, one London, one world.”

“We are honoured to be selected by Mayor Dogus as one of his chosen charities.  Lambeth is one of Britain’s most diverse boroughs with a long, rich migration history and has been a fantastic and fitting home for us over the past two years. Mayor Dogus’ personal story, arriving in London at the age of 14 as the son of a political asylum seeker speaking barely any English and going on to become a successful entrepreneur and now Mayor of Lambeth, also provides a powerful personal connection to the themes that our museum explores.

“We look forward to welcoming visitors from Lambeth and beyond to our exhibitions, events and education workshops and to working closely with Mayor Dogus during his tenure.”

The Migration Museum has been based at The Workshop on Lambeth High Street since April 2017. Dogus, a restaurateur and entrepreneur, was elected as a councillor for Bishop’s ward, close to the museum’s current location, in May 2018, and appointed as Deputy Mayor of Lambeth.