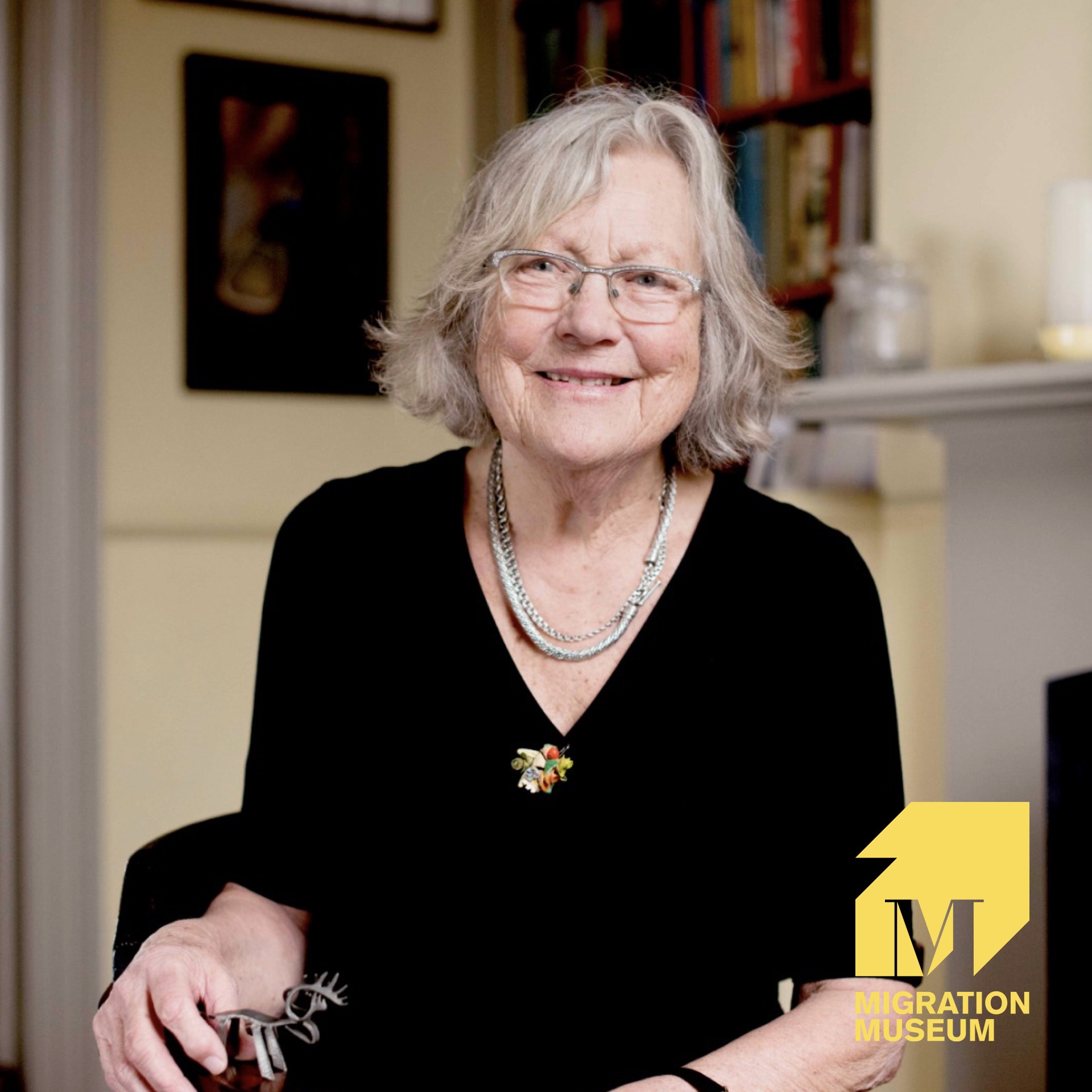 “I first came to Britain in 1957 as an au pair to learn English. I married an Englishman and we went to live in New York. Those were the heady days of the 1960s, full of music and poetry, a whole different world from the insular life of Sweden, my native country. After several years I longed for some stability and serenity so I got myself a job in a hotel in Lapland, above the Arctic Circle. I arrived in the middle of winter, at the last stop in Sweden before the train crosses over to Norway, to a bleak place of deep snow called Riksgränsen. I bought this little reindeer from a short, squat brown-eyed Lappish nomad called Ella-Kari.” 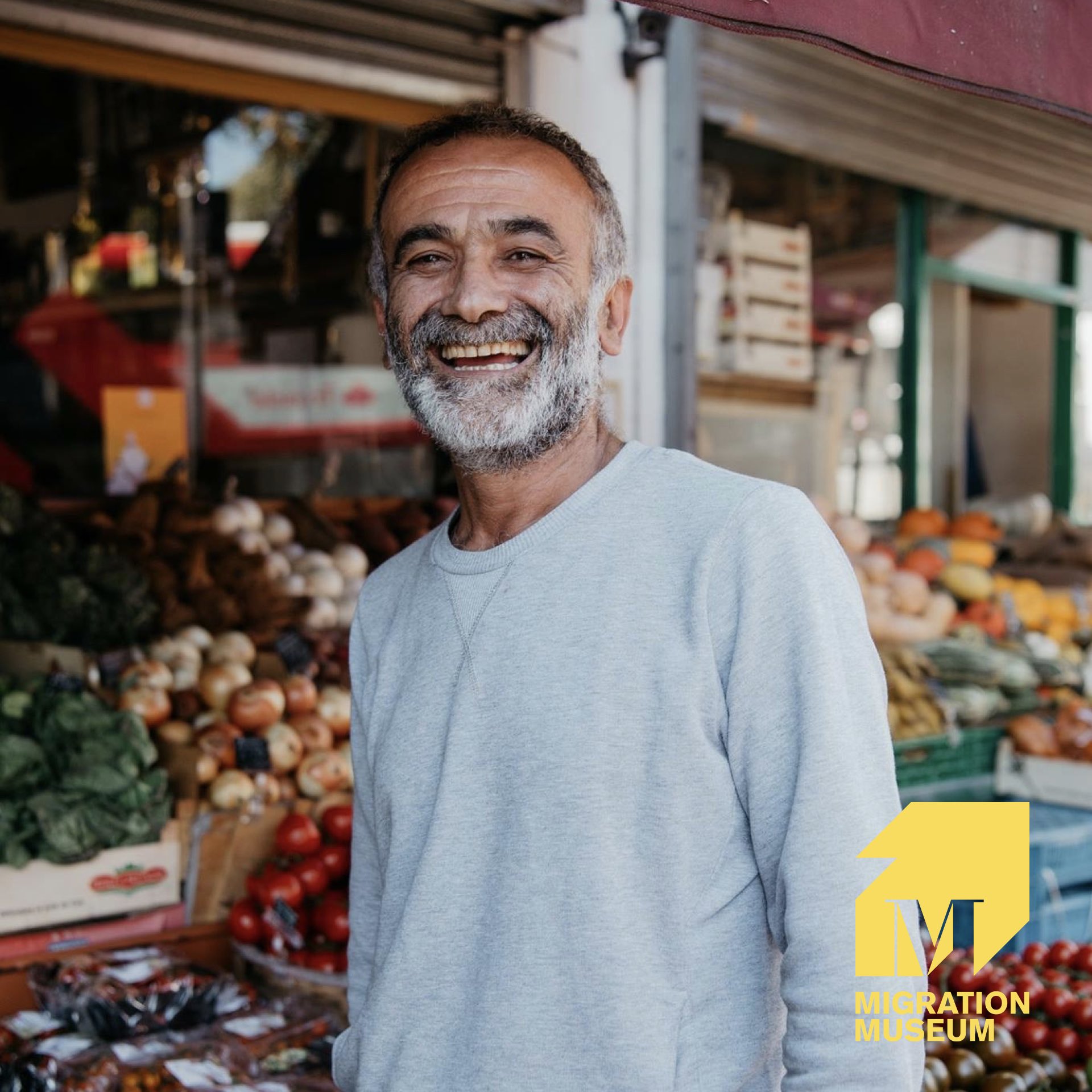 “I left Turkey in 1992. My mum made me come. She said: ‘You’re not safe here.’ At that time, we weren’t allowed to speak our own language, use our own Kurdish names or even listen to Kurdish music. I’d got into trouble with the Turkish police and, when I was 12 years old, I was put in prison.

We had a fruit and veg shop back home and I was working on the till when I was 12, so I knew the business well. We bought this shop about ten years ago and I’d work 100 hours a week, early in the morning till late at night every day, including Christmas, until one of my customers said: “Go home, Bora, shut the shop and have a break!” I can’t imagine life without the shop. I’ll never retire and I don’t want to go back home. I feel free here. When you come from a hard life, you appreciate the freedom this country gives you. This is the best fruit and veg shop in London and I feel proud of it.” 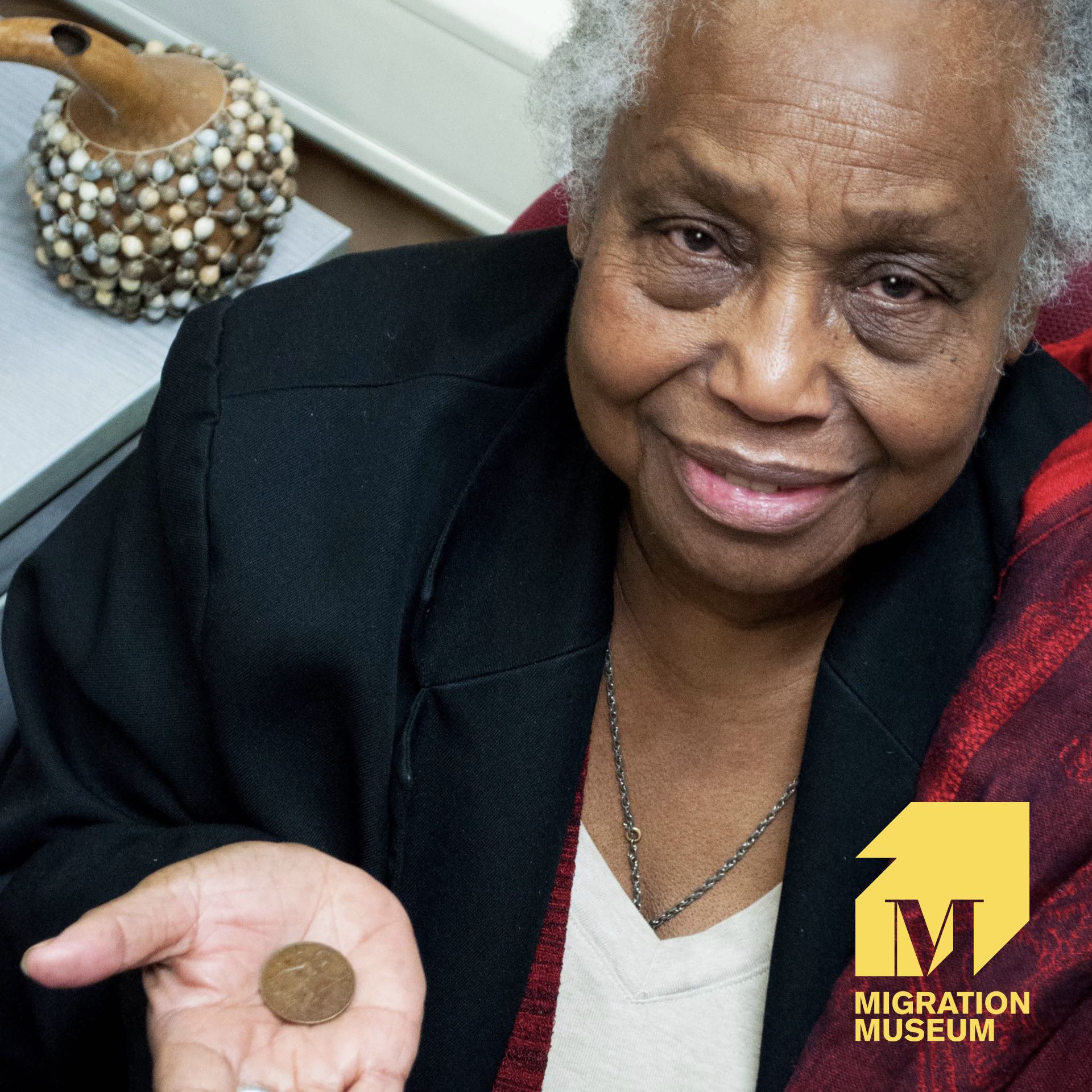 “I left Barbados in 1958 on the Surriento, an Italian migrant passenger liner. As I was boarding the ship, my grandmother gave me an embroidered handkerchief with something wrapped inside. She told me not to open it until I arrived in the mother country. I opened the little bundle on the train to Victoria and found this penny inside. I laughed because she had said to me that I would always have money! I’ve kept it in my purse ever since then, and this is the first time it’s left my hands in fifty-eight years.” 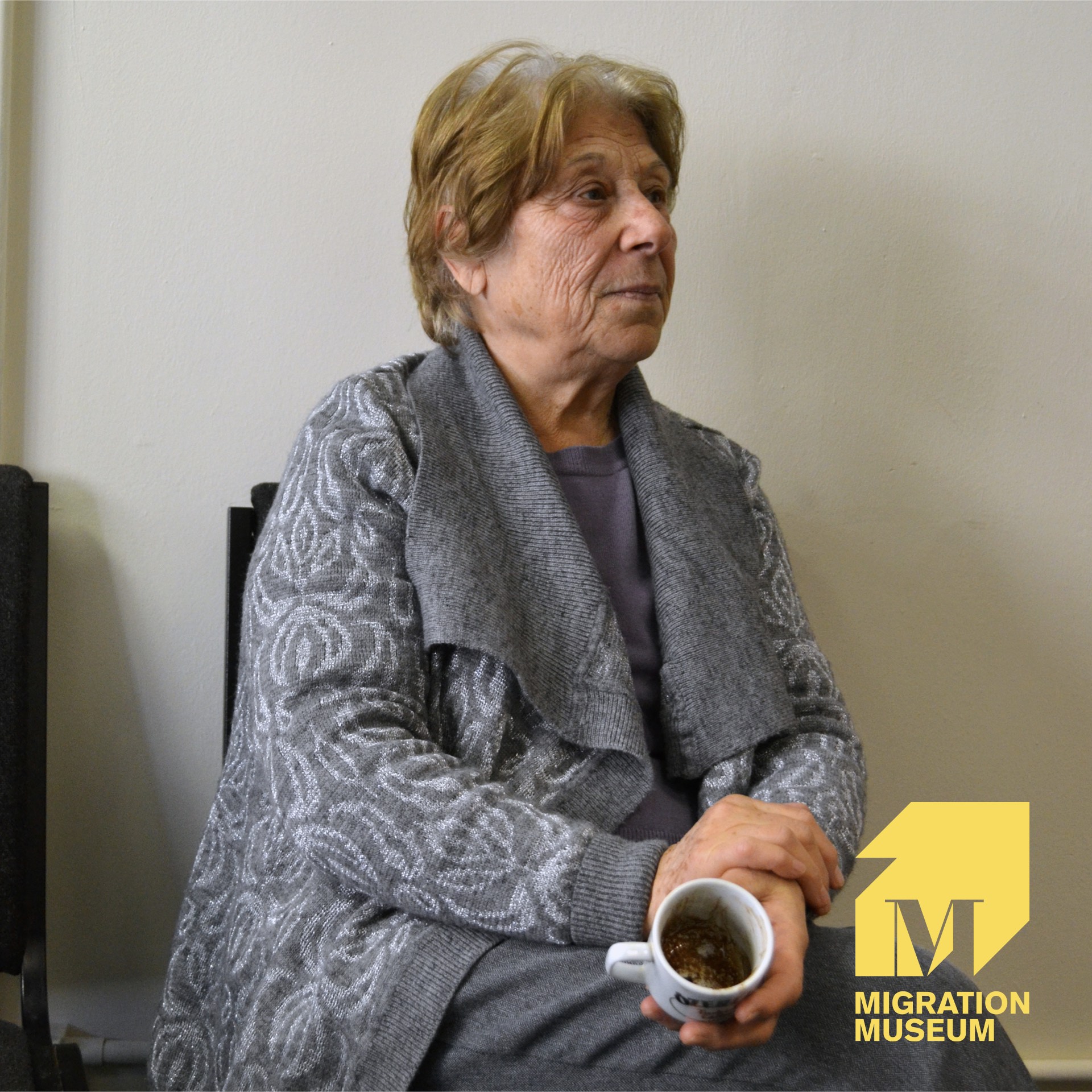 “Reading coffee grounds is a tradition from my country, Cyprus. We used to call out of the window in the mornings before breakfast and take it in turns to gather round in each other’s houses. Now we get together here and it’s become a daily ritual again. We always use white Turkish coffee cups like this one, as the coffee patterns have to show up clearly. After we drink the coffee, we swirl the liquid round and flip the coffee cup into the saucer and leave it for a few minutes so that the sediment slides down and makes the final pattern. Aliya read the grounds for me in this cup. She told me I was going to get some happy news and that I was going on a plane journey soon.” 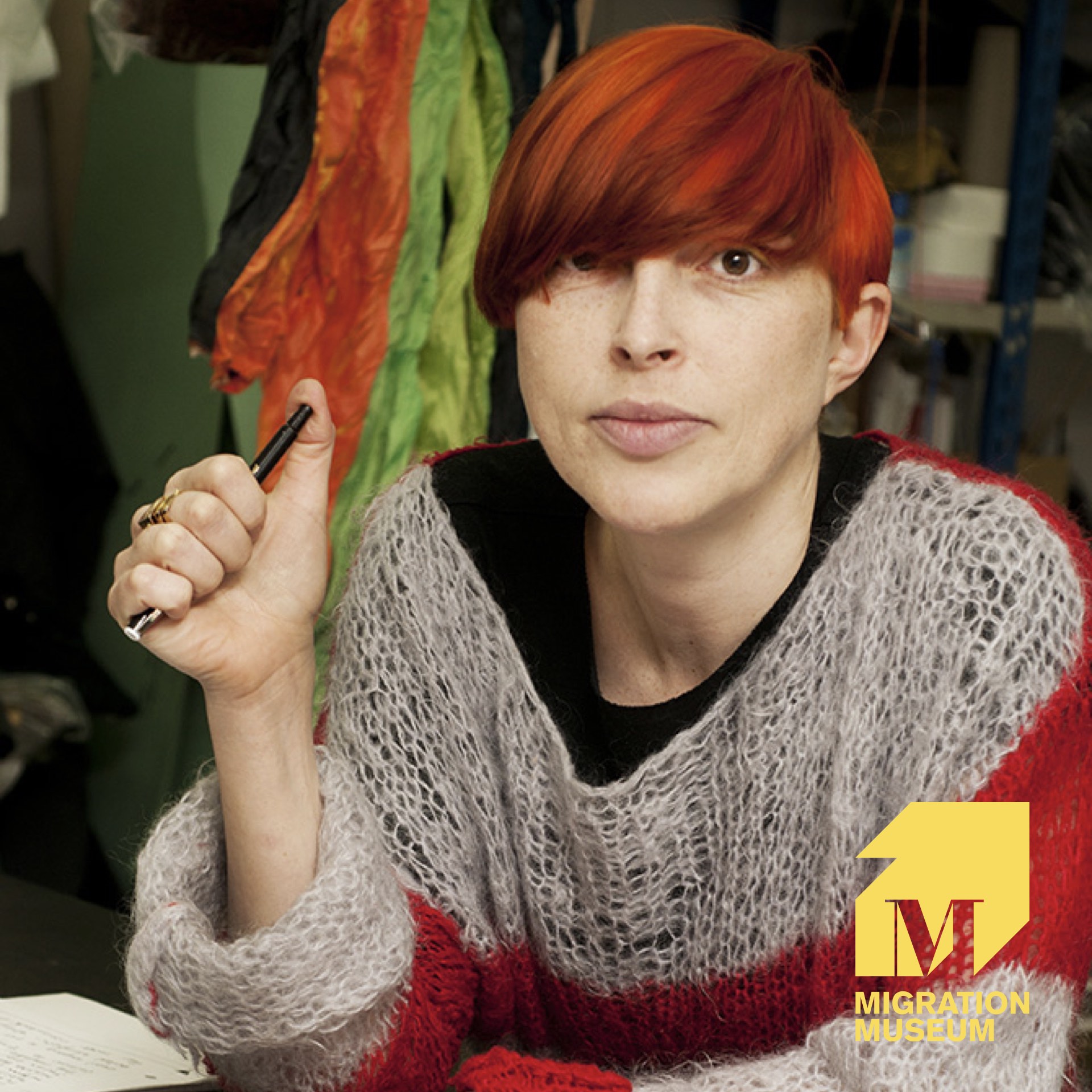 “I came here to learn English. I was going to go back in a couple of years but I never did. I was here about five years when I thought ‘I’ve got a degree in Chemistry and here I am working in bars and pubs and thought this is not something I wanted to carry on doing’. I was interested in textiles but I never thought that was something you could do for a living. In the Czech Republic, when you study art, it’s more like a hobby than a profession. I applied to Central Saint Martins for a fashion print course.

Home is here, I have lots of friends, I work hecan yore, I have my husband so have my family. I feel I’ve been living here for so long that my life is here rather than back home. When I go back to Czech, I see family, just a few close friends, but I don’t really get to meet new people. It would be nice to have like a summerhouse there but I don’t think I’d want to live there. Maybe I’ll change my mind.” 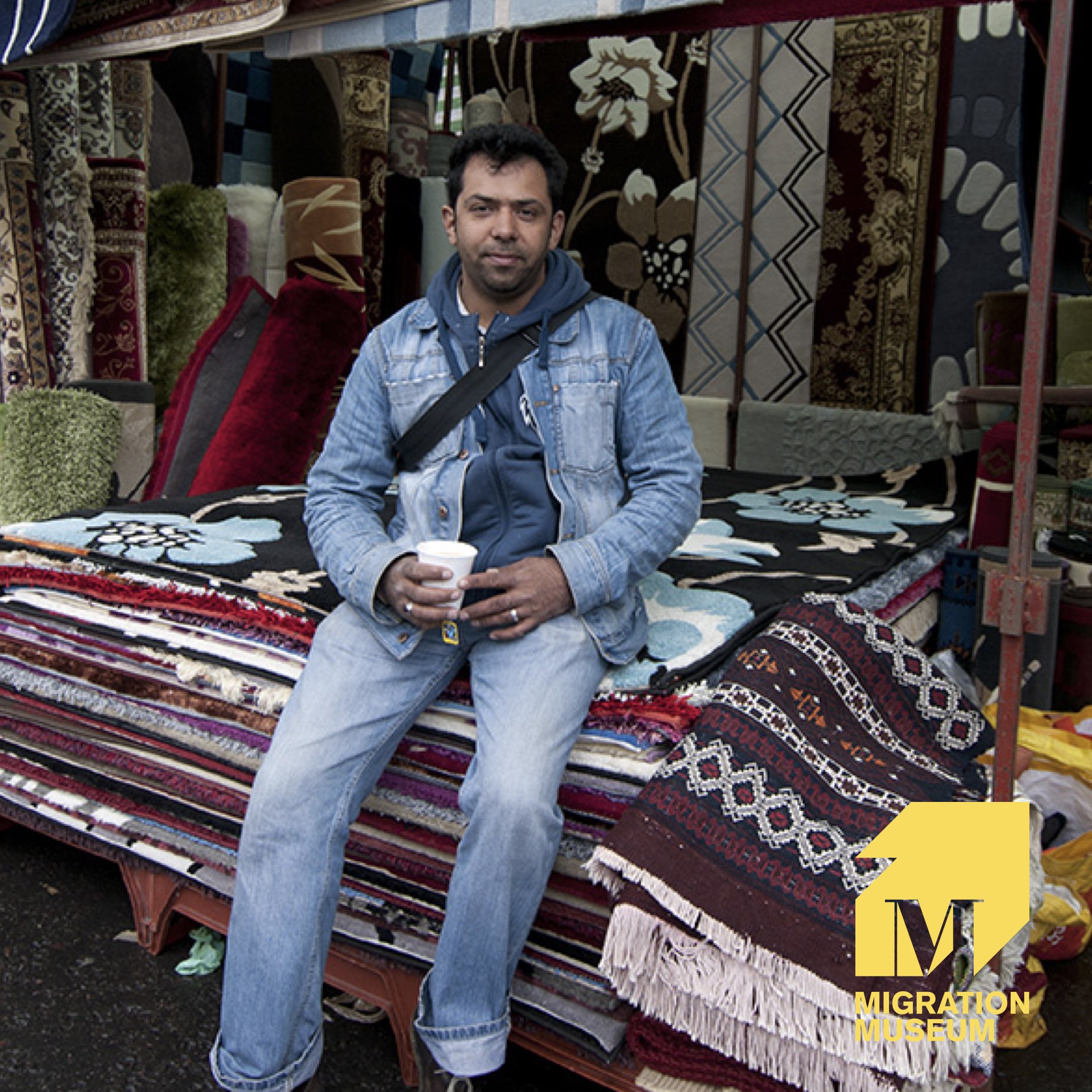 “I left Afghanistan because the situation wasn’t good. The main reason was the war and the Taliban. It’s not very easy to leave. You don’t want to leave your country but if the situation comes to you, you have to leave. You leave everything behind – your family, your country, you just go – to a kind of survival, to get away from the troubles, that’s what it was all about. You can’t imagine how hard it is.” 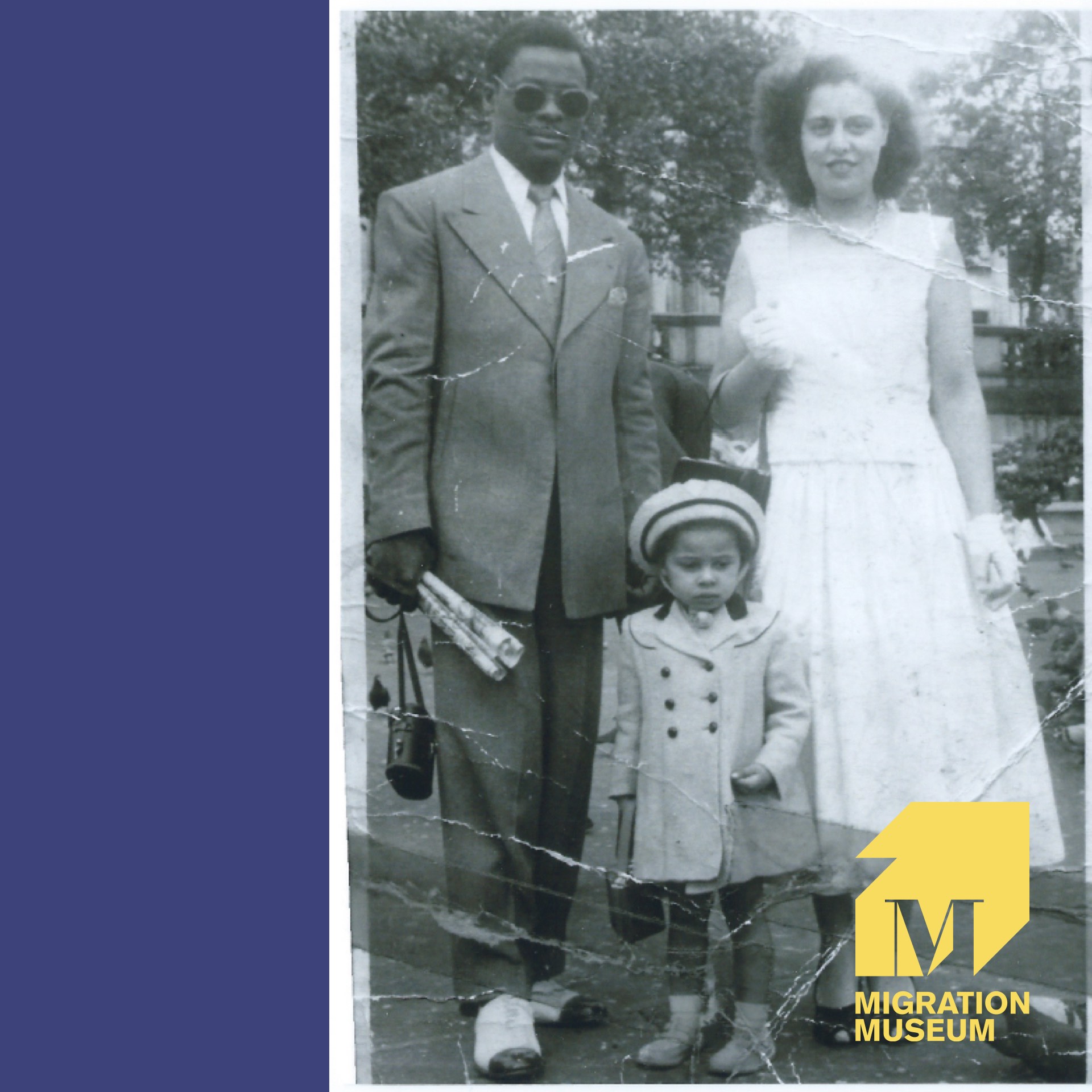 “Dad was born in Jamaica in 1922. At the outbreak of World War Two, he volunteered with the Jamaican Home Guard and then, in 1944, enlisted with the Royal Air Force. After the war, he worked for British Railways as a signalman until he retired.

This type of brogue shoe was all the rage in the 1940s and 50s. Dad’s wearing them in the photo with me and Mum in Trafalgar Square in 1956. He was always particular about the way he looked and I suppose he wore these if he was going somewhere he thought was special. His workmates nick-named him ‘The Duke’. I suppose firstly because of his surname, and secondly, because he was a snazzy dresser.” 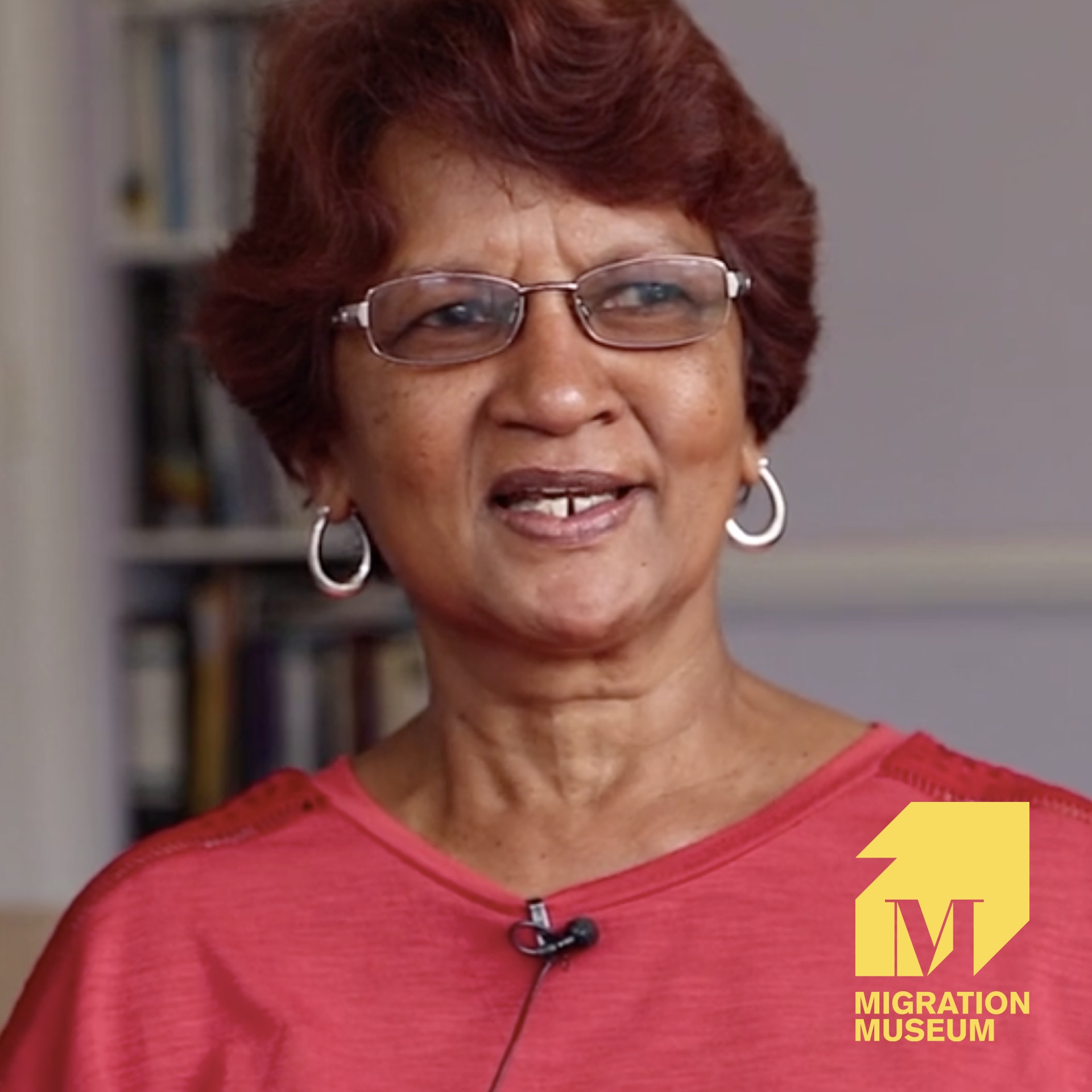 Image: Still taken from Journeys: Stories of Immigration 1948–71 by digital:works

“My pet hate was Brussels sprouts. The smell alone was enough not to eat it. When I was working in the factory, I took a bottle of West Indian pepper sauce with me. I would get the English dinner and plaster it with pepper sauce. Everybody looked at me as though I was crazy, but it made it edible for me!” 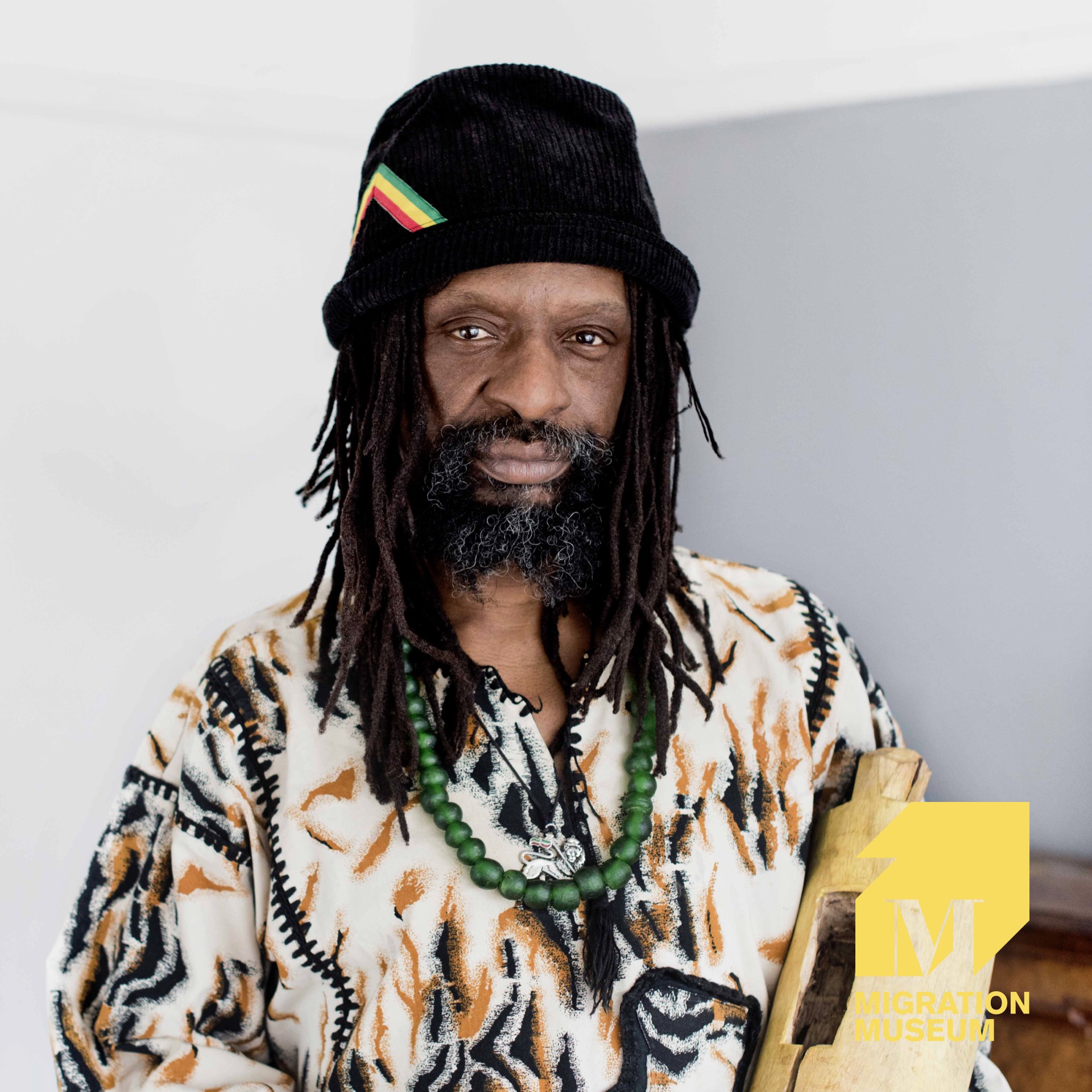 “Me and my brother never had a room before we came. We came from a mud hut to come here – that was amazing. Except that we had Sooty and Sweep wallpaper, which I thought were some demons. I was really scared of Sooty and Sweep. It’s funny coming from a war, killing snakes, and then being spooked by Sooty and Sweep. My parents must have gone through a lot of trouble to do up the room, and then we came and we spent all night scratching out the eyes of Sooty and Sweep so they couldn’t look at us in the dark.”