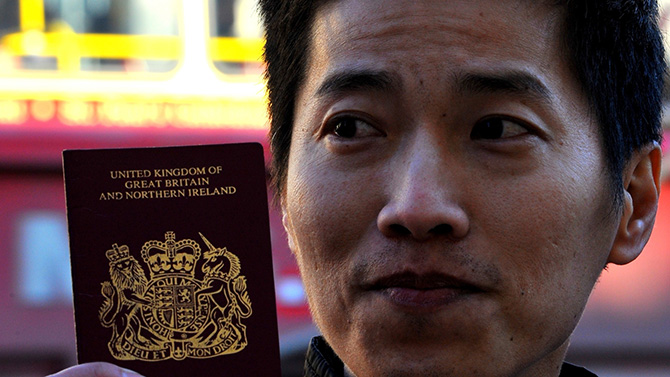 Hendy’s UK passport is 99 percent like mine. Only his says “British Overseas Citizen” and mine says “British Citizen.” He was entitled to such a passport and he applied for it when he came to the UK from Malaysia. He was told it would enable him to live and work here.

As it turns out this is a very peculiar passport. Now that he has it, Hendy has no rights at all to live or work in the UK. He is effectively stateless. He is a trained accountant but has to work illegally in a restaurant to make ends meet. There are hundreds like him. I took this photo as part of a documentary I have filmed about British Overseas Citizens.