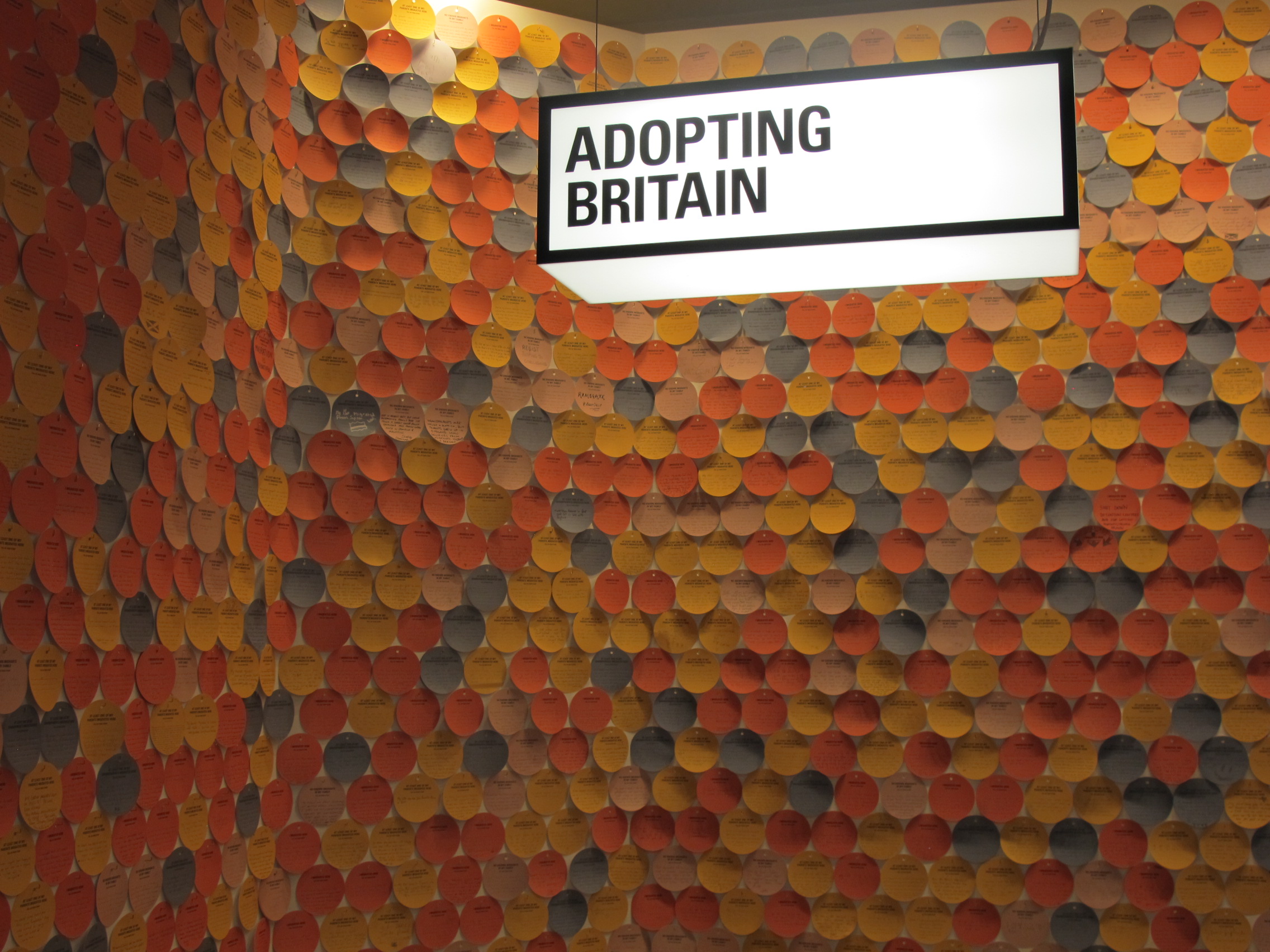 This is a previous exhibition that is no longer on display.

We are very proud to have been a part of the Adopting Britain exhibition, curated by Southbank Centre in partnership with Counterpoints Arts, during its run at Royal Festival Hall from April to September 2015.

We received an enormous amount of enthusiasm and support from visitors to the exhibit, which featured our 100 Images of Migration and Keepsakes.

Adopting Britain: 70 Years of Migration launched on 17 April as part of the Southbank Centre’s Changing Britain festival. This interactive and accessible exhibition aimed to highlight personal stories of migrants and refugees, celebrate the contribution of migrant groups to Britain’s artistic landscape and open up discussion around one of the most politically sensitive and pertinent topics of the year’s election.

You can also read a guest blog post by Mihir Bose, a distinguished friend of the Migration Museum Project, written after his visit to Adopting Britain.