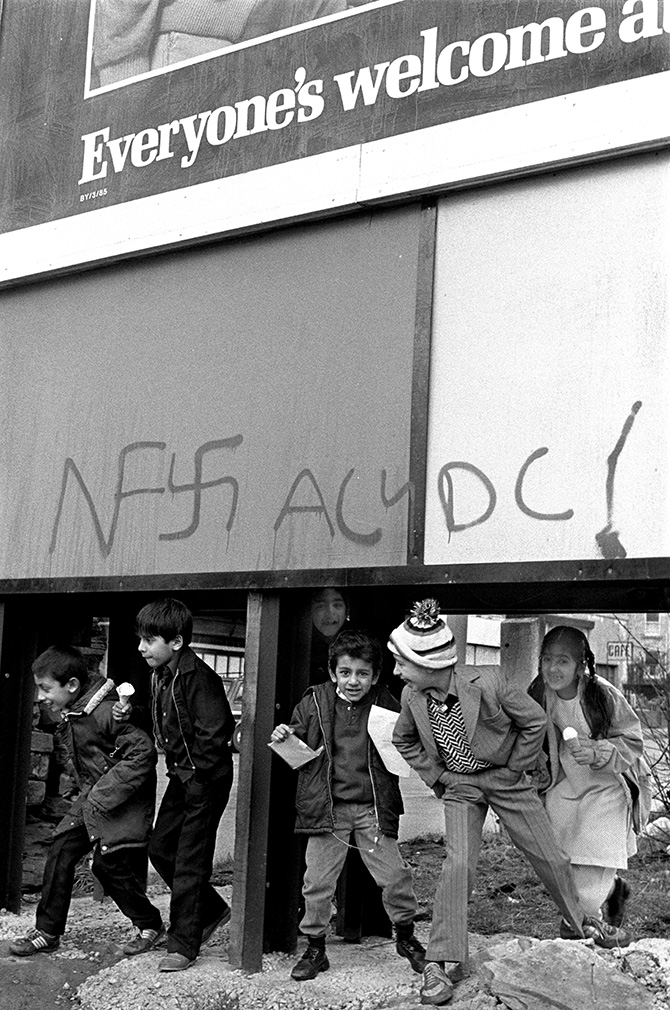 Children emerging from under an advertising hoarding in Great Horton in Bradford, 1985

This picture asks questions, rather than illustrating an answer, about the subject of migration. For me it celebrates the multi-ethnic make-up of cities such as Bradford while acknowledging some of the tensions that can arise between communities. The Asian migrants to Bradford were originally welcomed to the city to work in the textile mills. When this picture was taken during the 1980s most of this industry disappeared, and together with the rise of far-right groups, tensions between communities increased in many areas.