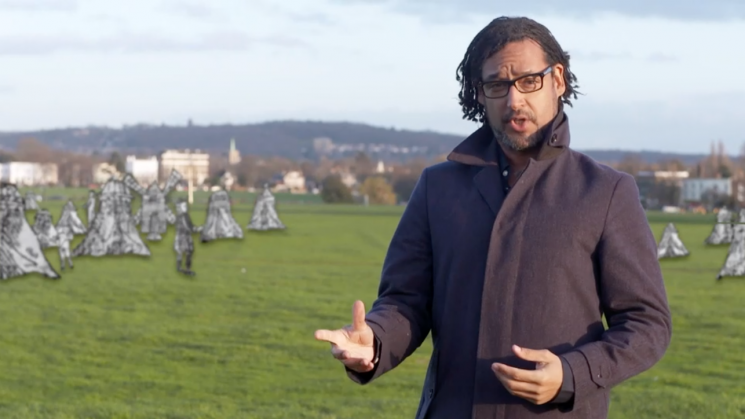 Historian and Migration Museum Trustee David Olusoga tells the story of the Palatines, one of a number of groups of European migrants who came to Britain in the 18th century to escape poverty, religious persecution and seek a better life. In 1709, in an area in Blackheath in south London, 13,000 German migrants called the Palatines formed what became regarded as Britain’s first refugee camp. They spoke different languages and belonged to different churches and became a curiosity for thousands of Londoners of the period. Most hoped to travel on to Carolina in the New World, after promises of work and prosperity, but in the end only a few made the trip to North America, and many returned to Germany. Olusoga meets Dr. Brodie Waddell from Birkbeck at the University of London who is an expert on this period.

"For me the best thing was to see the year 7 and 8 pupils working together in the workshop: they seldom have the chance to share ideas in a mixed year setting"