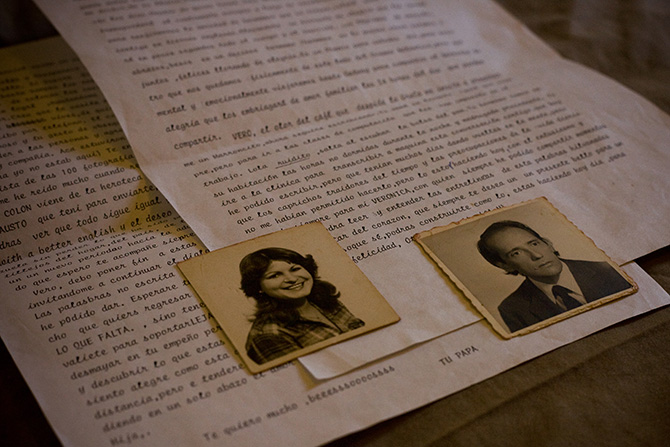 I’m originally from Venezuela, but I hold a dual nationality Spanish/ Venezuelan. I have been living in the UK since 2004. I originally moved to Britain in order to learn English. I arrived when I was 17 years old and I was hosted by an English family. I never planned to stay for longer than 9 months. However, when I embarked on my trip to Britain I took certain objects that still remain with me.

This is a picture of my parents, Ivone and Jose, and a letter written to me by my father. After 8 years living in the UK, I still carry my parents’ photographs in my purse, and now and then re-read my father’s encouraging and inspiring words.