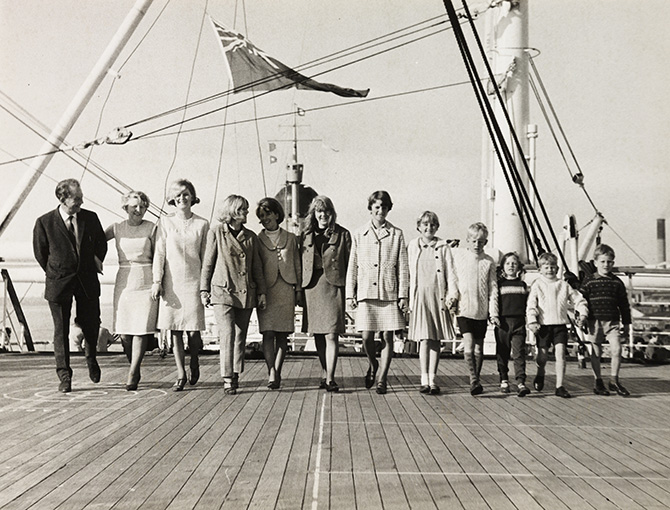 The Finnegan family from Dublin on board the Empress of England, about to leave Liverpool for Toronto. Mr Finnegan and his wife had thirteen children, ten of whom are in the photograph. Their other three children were due to join them at a later date. Mr Finnegan, a fitter and welder, had as yet no job arranged in Canada.