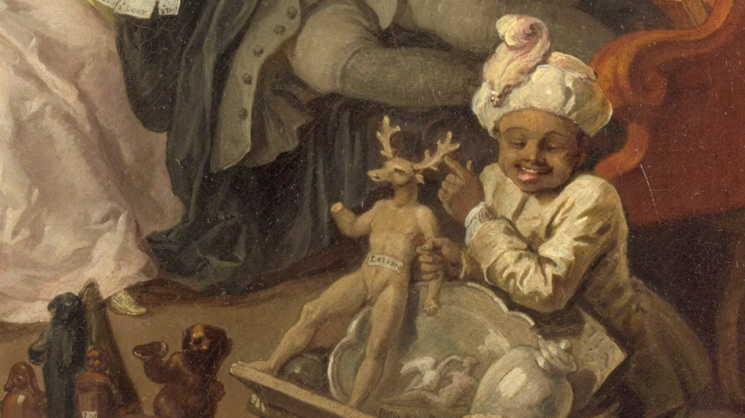 Historian and Migration Museum Trustee David Olusoga looks at the lives of black people in Britain in 1600s and 1700s. He looks at portraits in Ham House in Surrey, which feature images of young black men and women as part of family groups of aristocrats. Olusoga talks to Historian Professor James Walvin who suggests that often these figures were invented and were part of the exoticism associated with international trade and enslavement. Walvin describes black people in the UK as the ‘flotsam and jetsam’ of the slave trade, individuals who found themselves in the UK. Most were in domestic service. Some were sailors in transit in and out of the ports. By the late 18th century the ideas of the French Revolution were spreading and some black people were starting to have a political impact on British society. These included Robert Wedderburn who argued passionately for the emancipation of black slaves and poor whites.

"I found the workshop really interesting and I learnt a lot about migration from my visit."