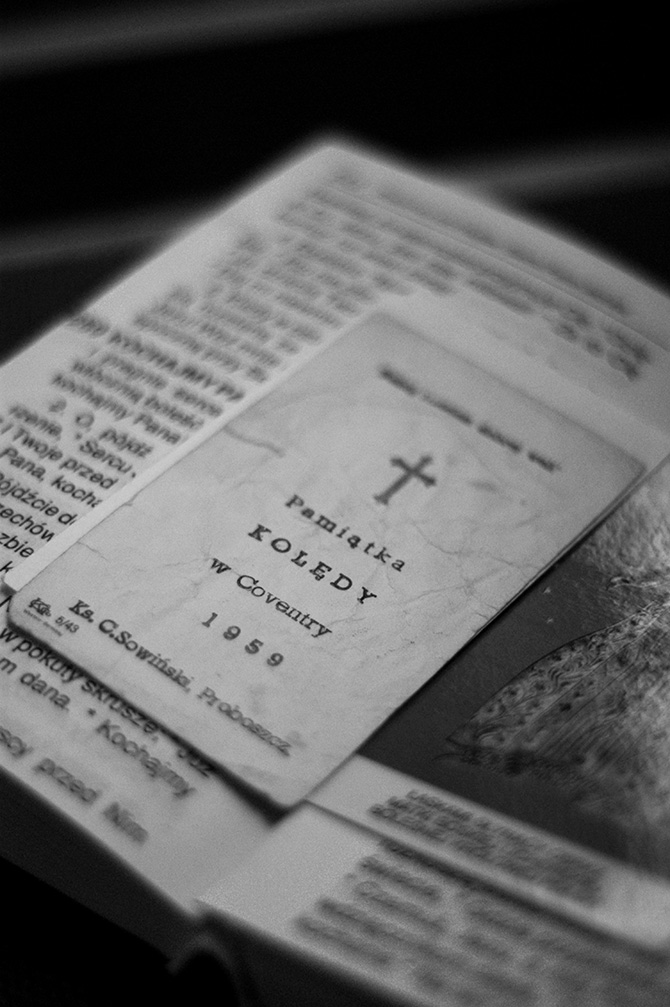 As one of my photography projects I decided to take photographs of influential Polish people in Coventry. Polish society is very religious so an obvious choice was the priest in the local Polish church. After taking his portrait he gave me the keys to the church. I found a stand with old songbooks and picked a random one, opened it and found a commemorative card from Christmas in 1959. That is when I realised the emigration wave from 2006 is not the only one. Many Polish people came to England after the Second World War in 1945 to find a new, safe home. Since then I met a lot of those incredible people and I’ve heard their amazing but mostly very sad stories. Over half a century old piece of paper has so many different meanings – for me it’s a reminder, for someone else it might be a memory of a coveted calm Christmas.

Many Poles that settled in England after the war were soldiers and pilots that fought for the United Kingdom so it is very unfair when these old immigrants have to suffer because of new immigrants causing trouble today.