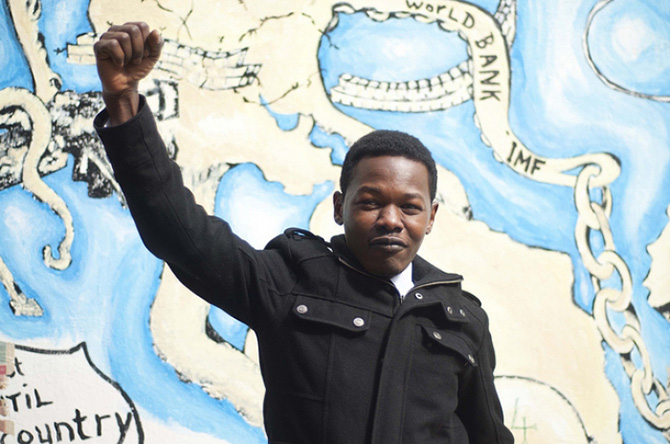 Outside the Glasgow School of Art, 2012

Yaya is a Sudanese refugee and British Red Cross volunteer. My work focuses heavily on refugees and asylum seekers, an often overlooked or misunderstood form of immigration into the UK. I spend a lot of time volunteering my time and skills with local organisations and charities in the Leeds and Bradford area, getting to know people, hearing their stories and learning about the asylum system. I work closely with the British Red Cross Refugee Services team, and have recently started to teach asylum seekers a basic photography class.

I feel this image says a lot about Yaya’s character and the way he wants to be seen by the world. He is powerful, he is confident, he has been through so much in his life so far, yet he remains positive and wants to be seen and heard by the UK population.