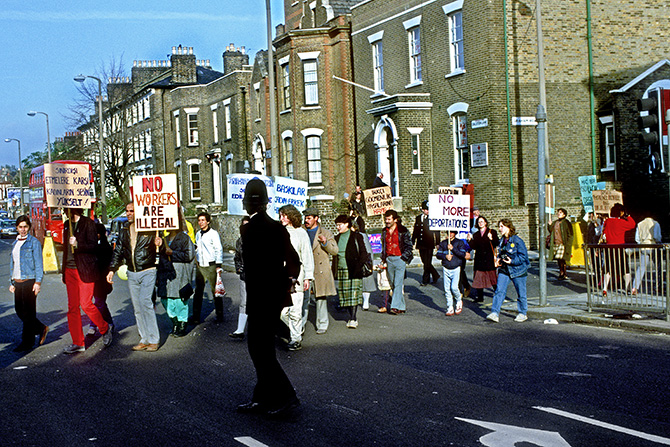 Many Turkish people settled in Hackney in the 1970s and 1980s, they worked in the rag trade, catering and grocery shops, often having to put up with awful working and housing conditions. Immigration officials and the police would raid these sweatshops, detain those who had overstayed their visas and then seek to deport them. Local communities would be outraged when this happened: schools would mount campaigns to persuade the Home Office not to deport a parent, some families were given refuge by the local church and support groups would take the issues to politicians and trade unions.