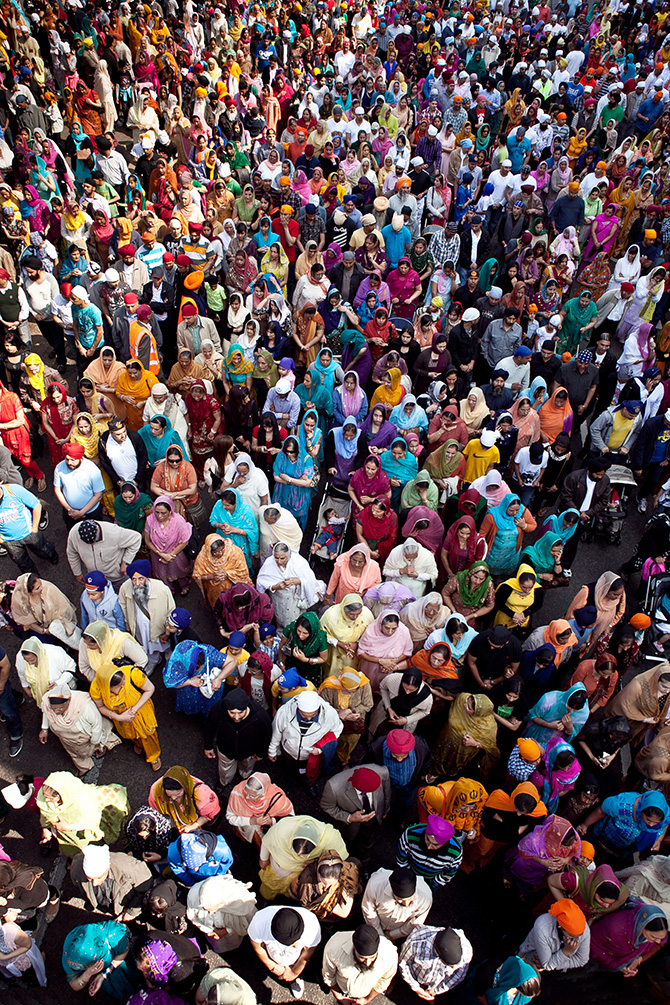 Worshippers have just begun a three-hour parade, to welcome the annual Sikh festival of Vaisakhi. This is an ancient harvest festival in the Punjab region of India and commemorates the founding of the Sikh nation in 1699. It also marks the Hindu solar New Year and is observed by people of different faiths across the sub-continent.

Leicester’s annual Sikh Vaisakhi parade normally attracts around 30,000 worshippers from all around the UK. It has grown enormously since it started in 1986 with a gathering of fewer than 1,000 Sikhs. The parade begins at about 11am at the Guru Nanak Gurdwara, which is located on a street named Holy Bones, since there is a church and graveyard adjacent to the temple. The Gurdwara normally see more than 1000 worshippers a day, either paying their respect for a few minutes to offering sewa (selfless service) through cleaning, cooking, serving food, prayers and much more.

Through this image and my wider body of work, I am keen to explore a community, in which individuals come together and work towards a collective goal. Leicester is a place where sophistication and tradition is continuing and being reinvented at every turn.