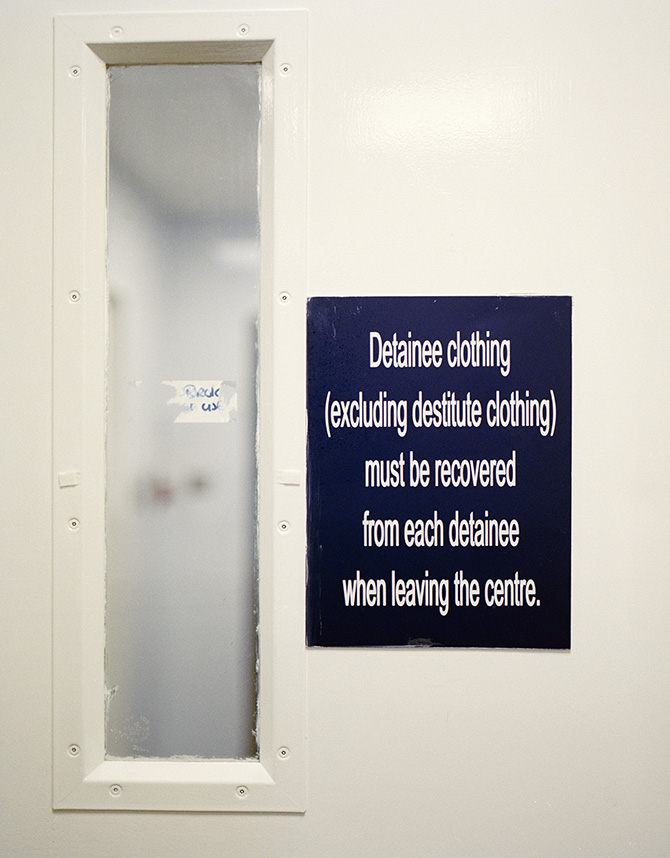 Since it opened in 2004 more than 40,000 detainees have passed through Colnbrook Immigration Removal Centre. The centre, built as a Class B prison, currently holds over 380 detainees, many of whom are held for extended periods of time, sometimes for even five years or longer. None of the detainees are in the centre to serve a prison sentence, and many of them do not know the date of their release or removal. There are currently approximately 2500 people detained under immigration law in the UK. Under this law, a person can be detained for excessive and unlimited periods of time.

The reasons for detaining someone for a longer period of time vary from a failed asylum application to a minor criminal offense, but the result in many cases is a person stuck in a state of limbo.

Not accepted by the UK and often not recognized by their country of origin, a person detained can neither leave Britain nor be released, gradually becoming invisible and stateless.