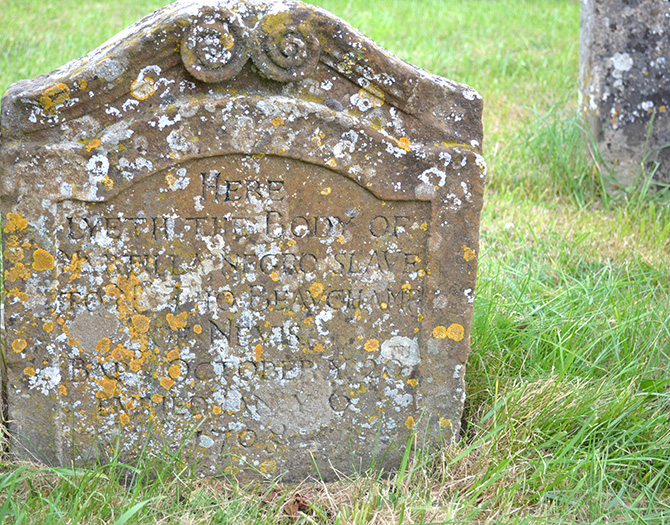 This image is the gravestone of an enslaved girl called Myrtilla who had lived in the parish during the early eighteenth century. The inscription reads:

She represents one of the thousands of Africans who came to Britain during the period of the transatlantic slave trade. Some, like Myrtilla were enslaved, whilst many others were free men and women. Their stories represent a myriad of experiences and demonstrate the long history of an African presence in Britain dating back to the Roman occupation of the islands.