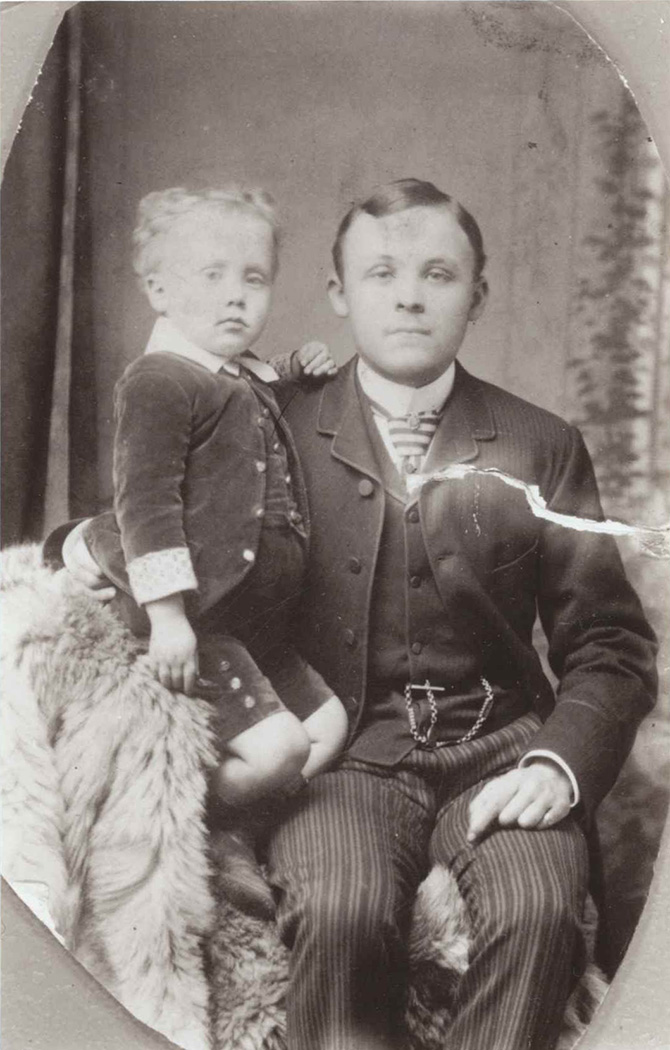 Alexander (Alick) Golding, and Simon Golding. Alick was born around 1866 in Russia, and his son Simon, I believe, in 1885, according to a later naturalisation certificate in Grodno, now Belarus. The family came to London, according to our family history, in 1887 to
escape the anti-Jewish pogroms, and settled in the East End of London. I would guess that my grandfather is about four or five years old in the photograph, which suggests that it was taken in 1889 or 1890.

My great-grandfather was a master tailor, and his son, my grandfather, became a successful tailor too. In the photograph, he is wearing a little velvet suit that his father had made for him. The family can only have been in Britain for two or three years. But one senses the speed and confidence with which they had begun to acclimatise and be assimilated into late-Victorian commercial society.