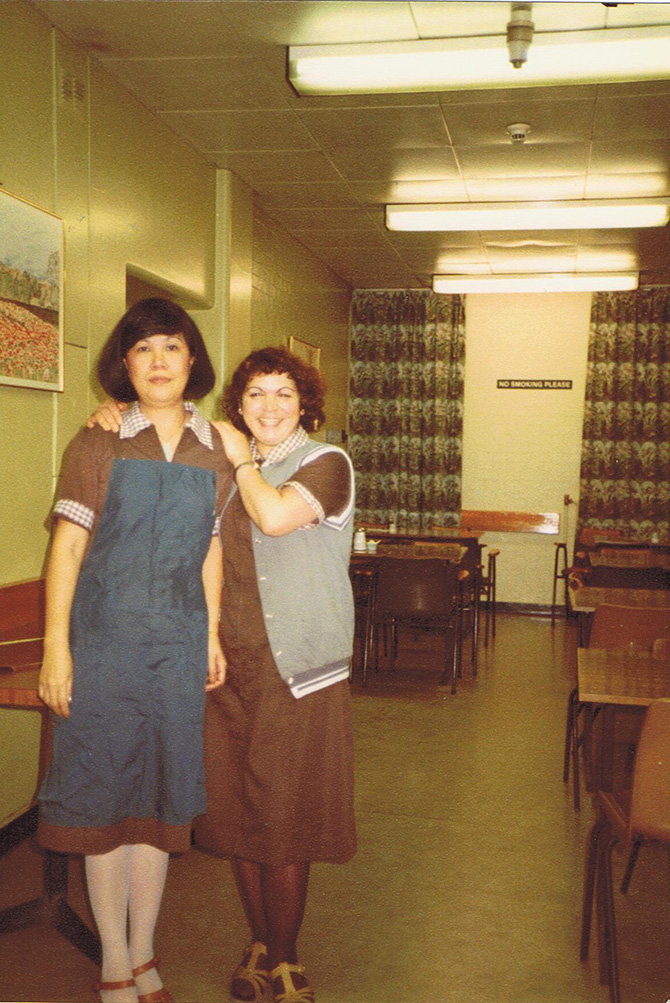 The photograph was taken at a central London hotel, where Fatima Seroukh was working as a chambermaid. She came to this country from Tangiers in 1978. At the time most of the service and hospitality industry in the UK was in need of recruiting foreign labour to fill its workforce. Morocco, Spain, Portugal and the Philippines supplied such labour and most of the workers recruited were single women, who left their families behind in their home countries. Alone in a new country these women came to see their fellow workers as a new family, encouraging a strong feeling of sisterhood.

This image, of migrant workers, working in a London hotel in the 1970s, is part of a series of pictures produced to accompany an oral history project produced by the Al Hasaniya Moroccan Women’s Centre London 2010–11. The project documented the personal migratory stories of Moroccan women who came to the UK between 1960 and 1990 and settled in the Portobello area of London.