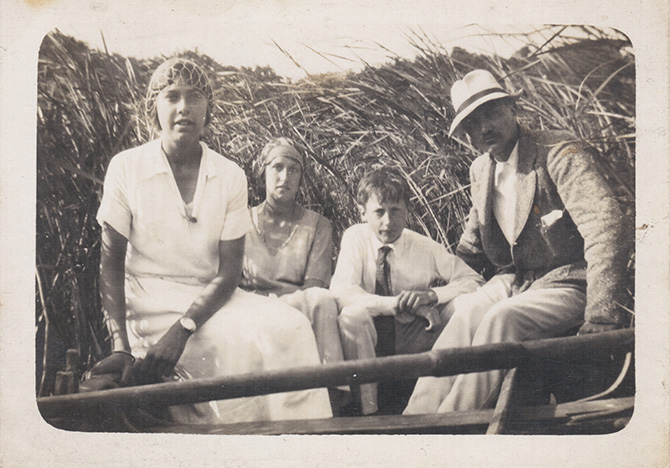 The small boy in the photograph is Kyril Zinovieff. He was born in 1911 in St Petersburg of wealthy parents with allegiance to the ruling Tzars. Kyril’s mother was Maid of Honour and then Lady-in-Waiting to the Empress Alexandra, Queen Victoria’s granddaughter and wife to Tzar Nicholas II. As a young girl she had to learn English, as Alexandra spoke no Russian and bad French.

Kyril has a childhood memory of hearing Bolshevik shots in the autumn of 1917 from his father’s house on the Moika in St Petersburg. On 4 July 1918 the family fled to Estonia where Kyril’s grandparents lived. After 18 months there it became clear that Russia would invade Estonia, in which case that would be the end of their family. In 1920 they managed to find the money for the boat fare to London. They came with very few possessions.

Kyril’s father had an engagement ring with a large sapphire. He pawned it regularly to buy food for his family.