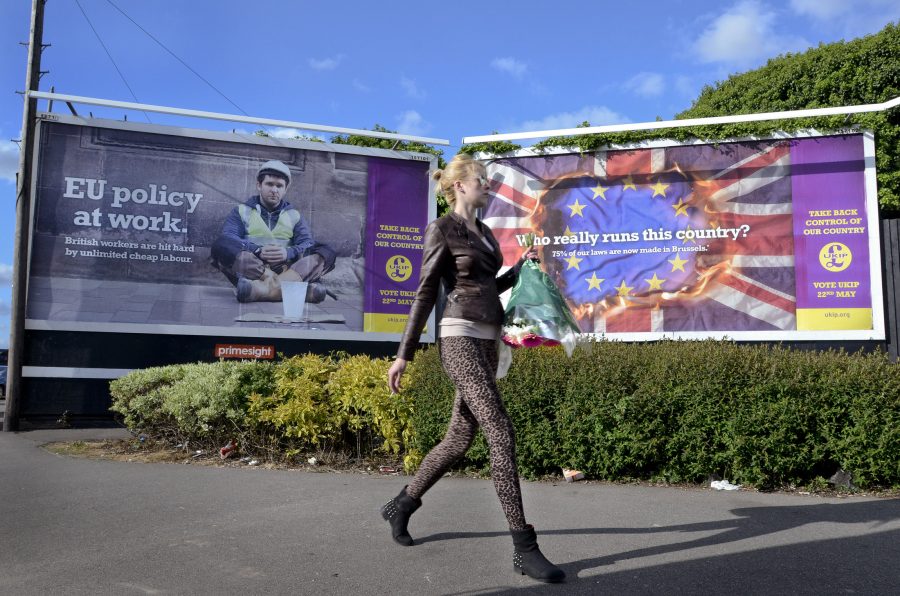 An eastern European woman passes UKIP posters on West Street in Boston, Lincolnshire. Renamed by locals as ‘East Street’, this busy shopping area caters to the large eastern European communities in the town, most of whom work in the agriculture, horticulture or service sectors, including those catering to their own communities’ needs.