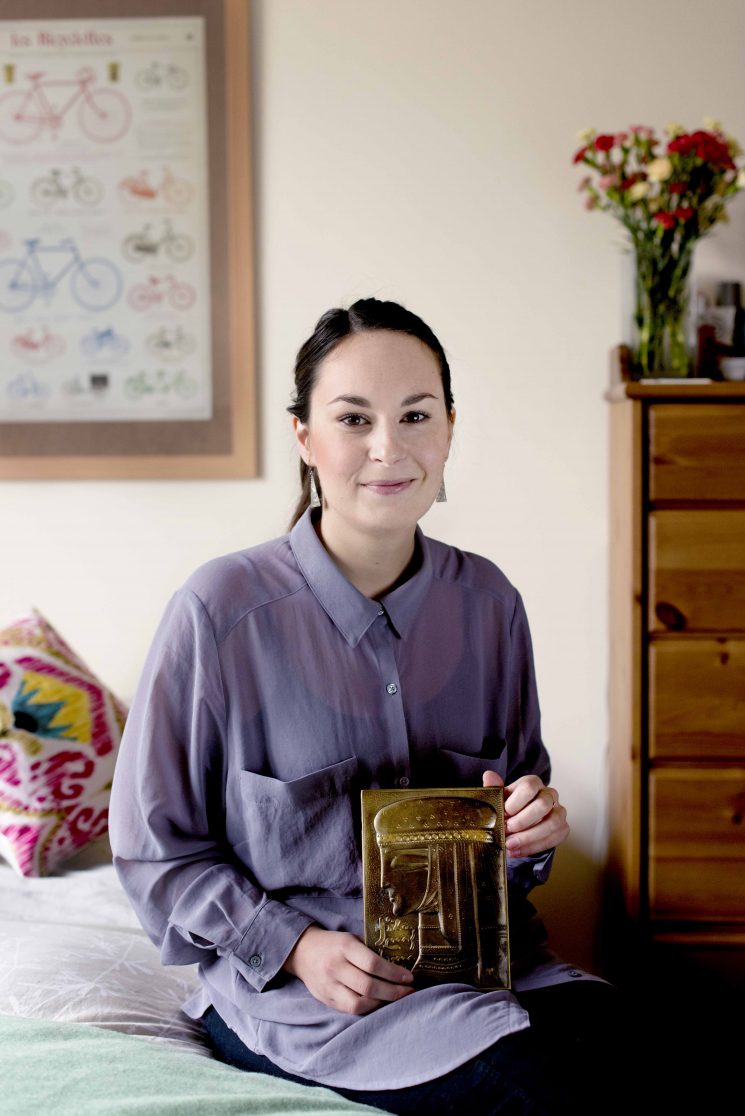 Sasha tells us the story of her Keepsake, a Georgian plate which she brought to Britain from Estonia…

This plate was on the wall of my childhood home in Estonia for as long as I could remember. As a child, I remember looking at it, studying the details and letting my imagination carry me to a mysterious land this plate came from. It was one of numerous traditional items my grandparents brought over to Estonia from Georgia.

My grandfather Ernst Michaelis was of German origin and living in Soviet Georgia was not easy during Stalinist repressions. After years in Gulag, he was sent via “raspredelenie” along with my grandmother to a small closed town Sillamae in Soviet Estonia. Sillamae is where our family settled after several years working across the former USSR. It is where I grew up, but at the same time I always felt that our home was flourishing with different culture, particularly Georgian traditions.

When I moved to Britain seven years ago, this plate was an item I brought with me. It makes me think of my home, my family history with both its happy and sad times and my family traditions. Keepsakes such as my Georgian plate are also important and inspirational for me and my academic research into Soviet history and memories of the regime.