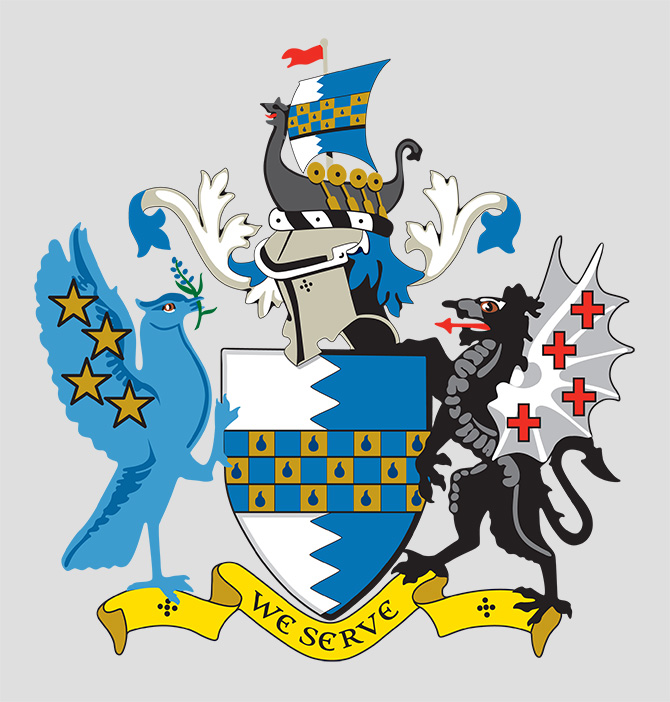 My image is the crest or coat of arms of Wandsworth Borough Council which was designed in 1901, later incorporated into the present crest created in 1965.

The dots on the shield are tears, intended to represent the sufferings of the Huguenot refugees who
settled on the River Wandle.

I like it because it is a sweet but telling instance of the immigrant story, so embedded in our everyday humdrum landscape that we do not even notice it. The same goes for the River Wandle, come to think of it, buried by modern urban life.