How German began in Cambridge 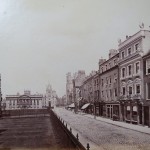 The number of Germans who entered Britain between 1815 and 1914 probably exceeded the entire total who made their way to the country during the previous thousand years. One of them was a young academic, Karl Breul, who arrived in Cambridge in 1884 to teach German in the University. How did he teach, who did he teach and how did the Modern and Medieval Languages Tripos evolve?

Germans in Britain at Murray Edwards College, University of Cambridge 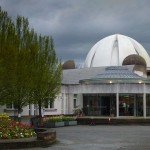 Our touring exhibition, Germans in Britain, is now at Murray Edwards College, University of Cambridge, until 28 June 2015.

The exhibition will be accompanied by a series of public talks on German migration to Britain and the contribution it has made to British culture. Please click the event titles below for full details.

For details of how to get to Murray Edwards College, visit their Maps and Directions page.

Germans in Britain at the German YMCA London 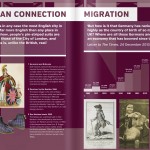 Germans in Britain is now showing at the German YMCA, one of London’s oldest YMCA’s having been founded in 1860.

The German YMCA provides cultural and leisure-time activities as well as advice and support for German-speaking people, their international friends, and the local community.

To find out more about the German YMCA, visit www.german-ymca.org.uk.

Germans in Britain: a Migration Museum Project touring exhibition
There’s more to Anglo-German relations than war and football. Explore the rich and fascinating history of German migrants to Britain in our pop-up exhibition.

Germans have had an immense impact on British life over the centuries. Find out how British sport, science, banks, businesses, music, monarchs, art and design have all been shaped by their German connections.

Germans in Britain is curated by Dr Cathy Ross, Honorary Research Fellow at the Museum of London, and designed by Joe Ewart of Society.

This exhibition was realised through generous funding from the Schroder Foundation, the Kohn Foundation and a number of private sponsors. 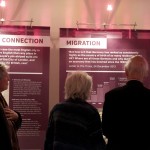 Nikolaus Pevsner, a ‘Kunsthistoriker’ in Britain

Queen Mary University in partnership with the Migration Museum Project is delighted to invite you to the launch of the Germans in Britain exhibition. At 6:30pm, Emilie Oléron Evans will deliver a lecture entitled Nikolaus Pevsner, a ‘Kunsthistoriker’ in Britain. This will be followed by a reception to allow time to enjoy the exhibition itself.

For more information about the exhibition, please visit our Germans in Britain page.

The works of Nikolaus Pevsner (1902-1983), a British scholar of German origin, played a major part in the ascent of the history of art and architecture to the status of an academic discipline in Britain. Pevsner was a successful mediator between university and society, in his roles as editor, broadcaster and art critic. These activities were based on German cultural models and gradually transformed him, an interpreter of culture, into a national institution.